Located in the historic Cass Corridor neighborhood, home to the Dally in the Alley festival for nearly four decades, Jolly Pumpkin has catered to thousands of Detroit locals, visitors and celebrities with its casual, warm atmosphere since opening a year and a half ago. Over 30 taps flow with their popular sour beers, brewed in Dexter, Mich., and the kitchen delivers mouth-watering pizzas, wings, fried chicken sandwiches and more.

The Traffic Jam and Snug, established 1965, is truly one of Detroit’s hidden treasures. Known throughout Midtown for our in-house bakery, microbrewery, and dairy, our curiously intimate multi-level dining rooms, and an eclectic menu of made-from-scratch dishes, there is simply nothing quite like The Traffic Jam.

Located in the historic Corktown District of Detroit, Michigan, Brew Detroit operates in a 68,000 sq ft facility once occupied by the old Detroit Ball Bearing Industries at 1401 Abbott Street. Brew Detroit calls itself “a collaborative brewery” with a BrewHouse, and canning & bottling lines acting as a brewing resource for local breweries namely, some of Atwater Brewery and Motor City Brew works beers and Badass American Lager.

The Tasting Room opened in November 2015 and now patrons can enjoy the brews of customers’ beers and the creation of our craft beers brewed on the Nano system from recipes created by our Brewmaster. Open 6 days a week stop in to see what’s on tap at Brew Detroit! 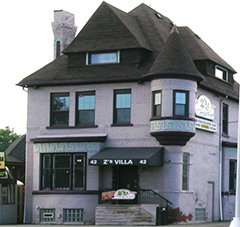 Z’s Villa is one of Detroit’s favorite family owned restaurants that began 31 years ago as Z’s Place, originally located at Woodward & Warren avenues. Z’s Villa is now housed in a 3-story structure that is over 100 years old. This restaurant is an oasis in the city serving a variety of mouth-watering burgers, fish, ribs and specialty items including salads, pizza and homemade soups all at reasonable prices. In addition to the great food, Z’s Villa offers a full bar with an international selection of liquor, beer, and wine. Let Z’s pick you up with their Shuttle Service from most Detroit area sporting events or entertainment venues and offers a FREE lunch Shuttle! 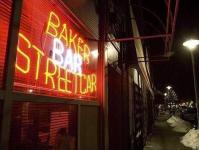 Step back in time at Baker’s Streetcar Bar where even the name references the old streetcars that used to drive Ford workers down to the River Rouge plant in the 1940s. Owner Rocky Radtke covers the walls with pictures of streetcars, baseball players and all sorts of Hamtramck memories. Baker’s location smack in the middle of downtown Hamtramck ensures there’s always a pile of old-timers at the bar. 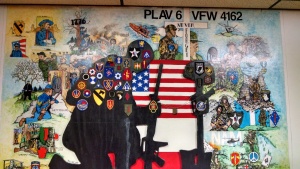 Better known as Post 6 – the P.L.A.V Post 6 formed in 1946 as the Polish Legion of American Veterans. The walls are decorated with history and recognition for veterans and POWs and those who died to protect our freedom during World War II, Korea and thereafter. Known for having murals that serve as reminders and a wide selection of $2-$3 beers, this friendly throwback joint will make you feel like you have gone back in time. Stop by for a cold one and support our veterans! 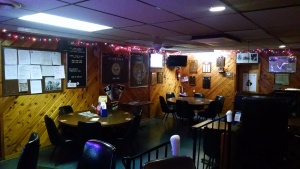 Known as one of Hamtramck’s best neighborhood bars, this cozy dive bar offers plenty of cheap drinks and lots of regulars. 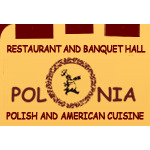 Celebrating more than forty years as part of Hamtramck’s dining scene, they feature a full menu of traditional and gourmet Polish and Eastern European specialties. The wall of art by Polish artists and other Polish artifacts on display create a cozy atmosphere similar to that of a Warsaw café. Hearty cuisine and Polish hospitality offer a truly unique dining experience, and what better way to top off a hearty meal than with a glass of wine or a bottle of Polish beer? As they like to say, “na zdrowie” – to your health! 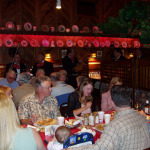 The Old Miami was established in 1979 as a haven for Vietnam veterans. Miami is actually an acronym, that means “Missing In Action Michigan”. For those of us who love Detroit music, the Old Miami is much more than a veteran’s bar and is a staple of Detroit’s underground scene. 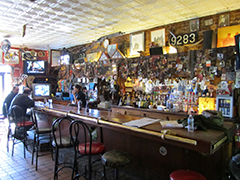 Green Dot Stables has been around since 1970 but the actual history behind it is a mystery, some say the former owner was a horseracing jockey thus the equestrian theme. The history may be a little mysterious but the food and drinks definitely are not. 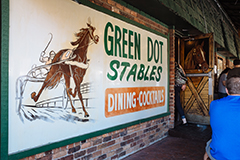 With traditions originating in 1868, the DYC remains the Jewel of Belle Isle offering members a wide range of elegant and casual dining options, full catering and conference services, various leisure, fitness and social amenities to meet the interests of its members and many other services unique to a Yacht Club located in a major metropolitan community. All of which is in their beautiful Mediterranean designed home, the largest of its kind in North America. 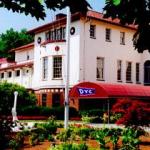 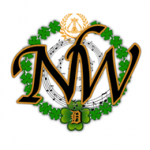 Nancy Whiskey has been a Corktown mainstay for many a year. Surviving through the Prohibition (once had its own speak easy!) and a devastating fire in 2009, the building still stands tall, and continues to hold one of the oldest liquor licenses in Detroit (that’s 115 years!). 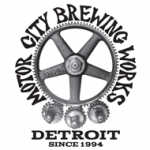 Motor City Brewing Works serves a great selection of seasonal brews that are crafted on site at the brewery. The taproom offers a truly laid-back place to talk with your friends or date, the bartender or other customers. The airy floor plan is as inviting as the staff and almost guarantees you will not want to leave. Many items on the menu are created using fresh ingredients that are grown on site. Nothing is better than the rooftop deck area, perfect for
enjoying warm days and balmy evenings. 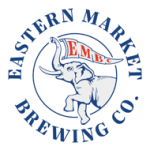 Eastern Market Brewing Co is a new craft brewery and taproom in the heart of Eastern Market. While not yet open to the public, EMBC is opening their doors for Motor City Gears and Beers bikers to preview the space and be one of the first in the city to taste their one-of-a-kind beers. 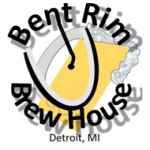 Set ​to takeover the former New Bride Baptist Church in Islandview, Gears & Beers riders will receive an early preview of what’s to come at this bicycle-themed brewery. From the entrance onward, guests of Bent Rim Brew House can expect an atmosphere that speaks to the owners love of long-distance cycling & brewing.
Steeped in the age-old tradition of brewing, Bent Rim is a bar where you can enjoy new and exciting elixirs brewed in house
surrounded by fellow craft beer enthusiasts. 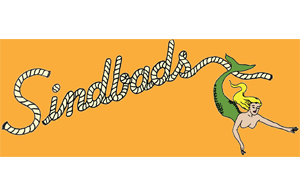 River front dining since 1949. In 1949, brothers-in-law “Buster” Blancke and “Van” VanHollebecke, in a ramshakle building at the Detroit River (previously the site of a prohibition-era speakeasy, and also once owned by the sister of a Detroit mayor) opened Sindbad’s. Named for, arguably, the best known sailor in history, the spot became the Detroit River Racing Association’s gathering spot and quickly gained popularity as a place offering good food and wet goods, a convivial atmosphere and good prices. That hasn’t changed.